We hosted a big Saga/Darklands game at the Hamburg Tactica convention. There was a great atmosphere and we met a lot of very cool people. I really like the Tactica concept of keeping the display tables limited and the show small scaled. There were a lot of high quality tables and we enjoyed chatting to the other gamers. 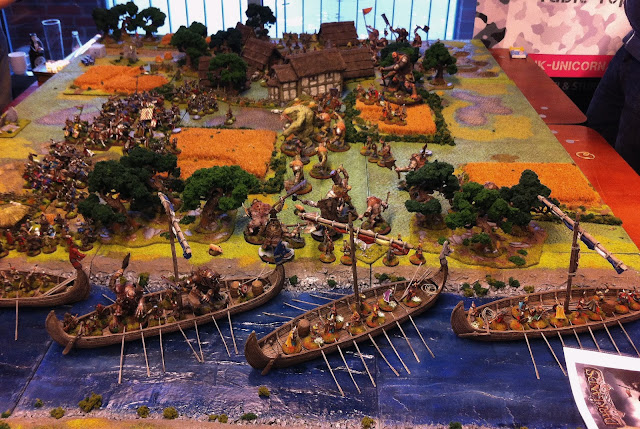 We made sure that the Darklands game had a lot of exposure. The Mierce models drew a lot of people to our table and we were happy to chat about the awesomeness of the game. 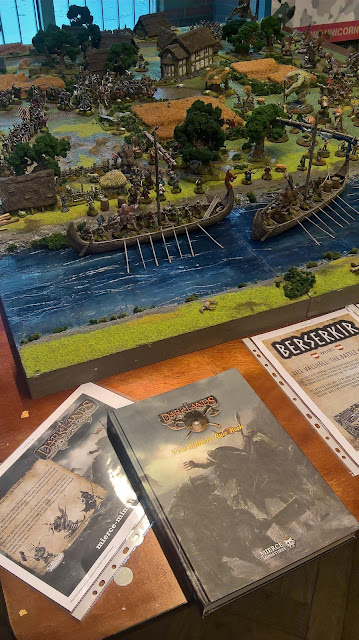 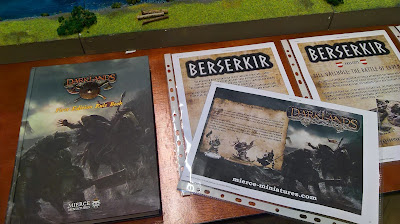 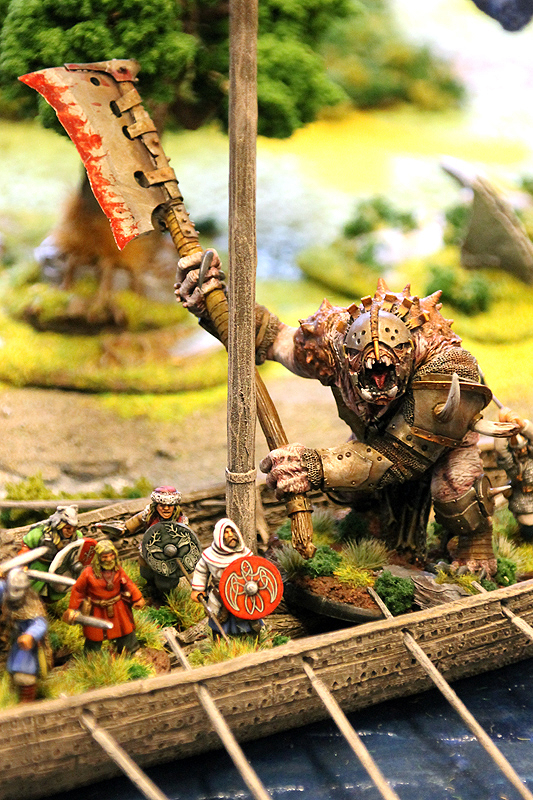 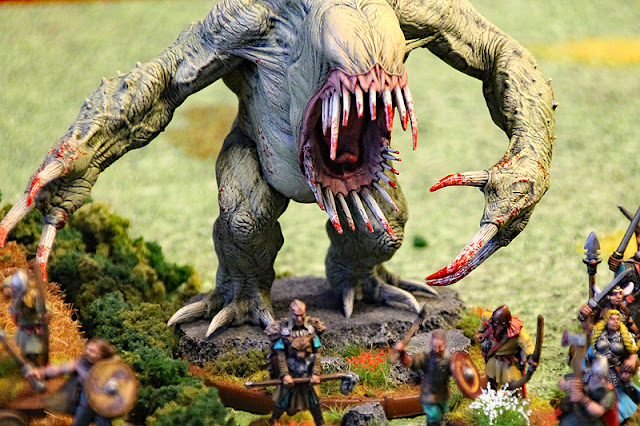 The other stars of the table were Adrian's walls longboats. We believe that Adrian might be selling quite a few of them in the near future ;). 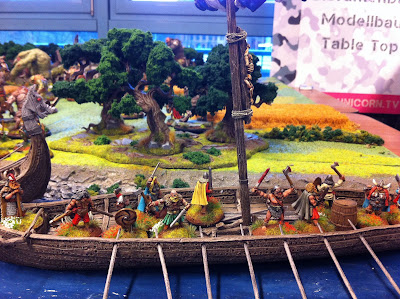 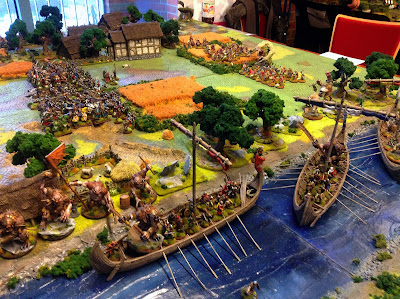 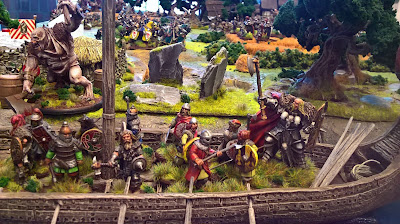 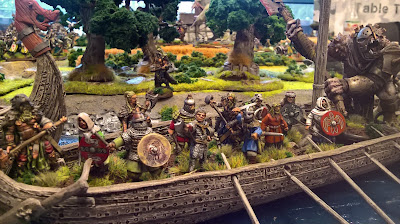 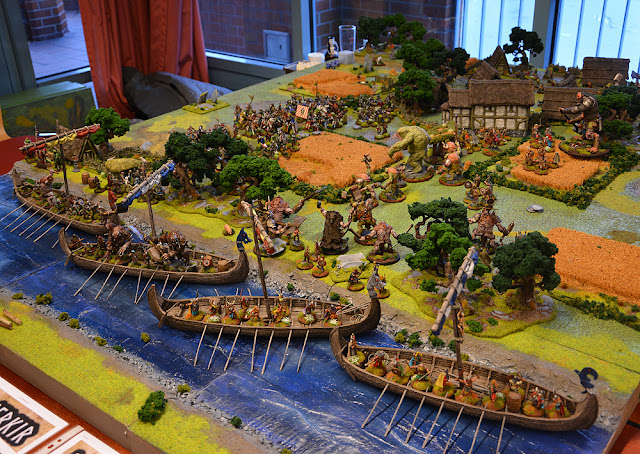 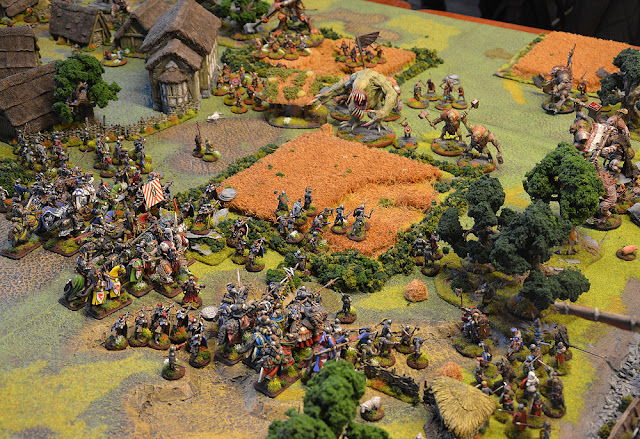 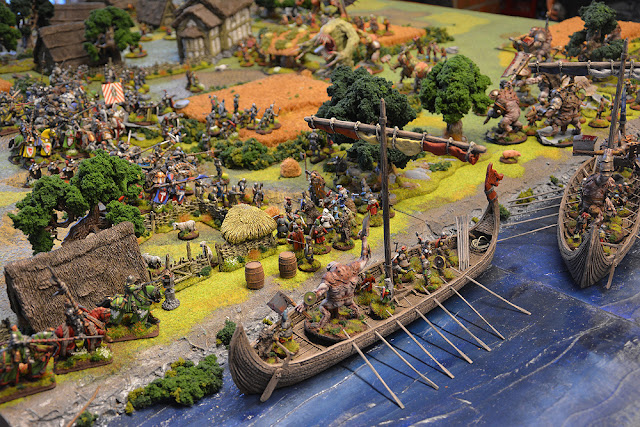 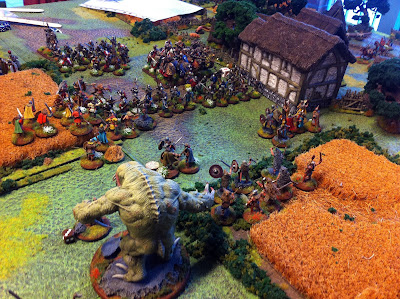 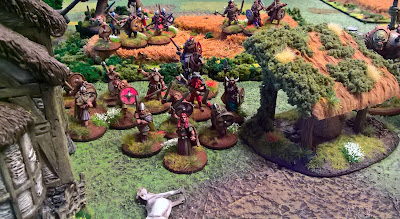 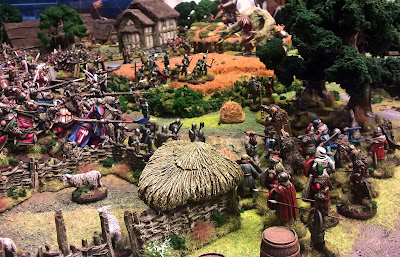 Last but not least, at the end of the convention we met Evelien and Tobias from Team Würfelkrieg. They presented their new product, the 'A-Case', a way of transporting your models.  There is no foam inserts to the case, instead you magnetize the base of your model and it sticks to the metal shelves inside the case. Evelien told me that they would host a kickstarter later this week to sell the product to a wide audience. I allready magnetized all my miniatures so I think this will be a great success! 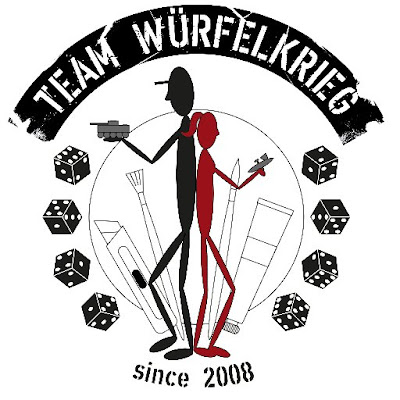 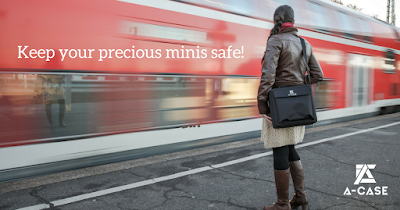 A big thank you to the Tactica organisation, everything went smooth and the catering was great. And a big thanks to all gamers who took the time to have a chat with us. We had a lot of fun talking to you all and hope to see you again next year!
Gepost door Beire op 11:13 Geen opmerkingen:

Getting ready for Tactica 2017

Today I present our mission briefing and army lists for the Hamburg Tactica convention. Tho en I will be playing a large Saga battle (10 point warbands, each player will be commanding 2 warbands). We will be showcasing some of the fantastic Mierce miniatures.

We are going to play a large river battle, the battle for our hometown Leuven (known as Loven in the Dark Ages). This battle between the Franks and Vikings took place in the year 891. The Franks were led by Arnulf of Carinthia and managed to beat of the Viking invasion. 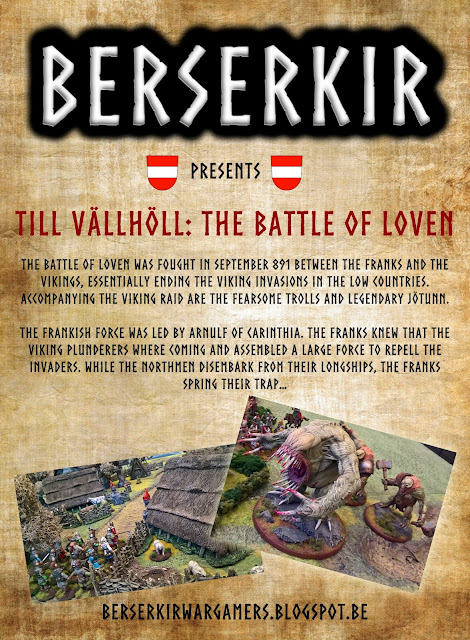 I will be playing the Franks. We decided that no two battleboards would be the same so I picked both The Frankish and the Milites Christi battleboards: 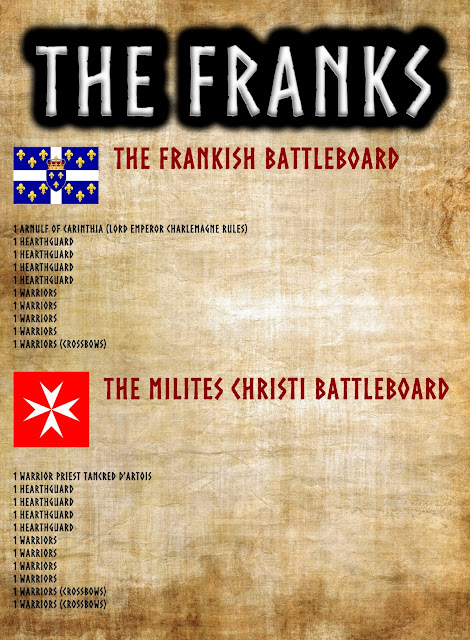 Tho is commanding the Viking horde and took the Vikings and Jomsvikings battleboards: 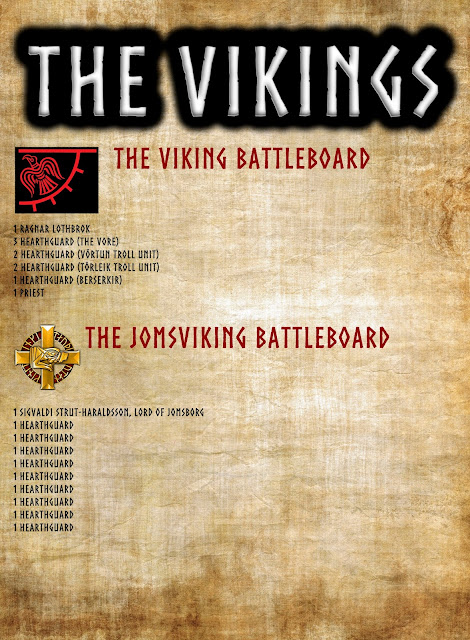 See you next weekend at the Hamburg tactica convention! 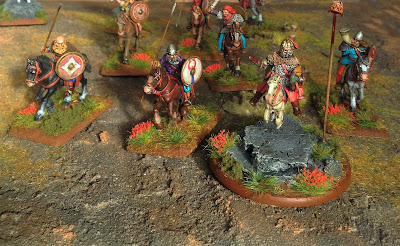 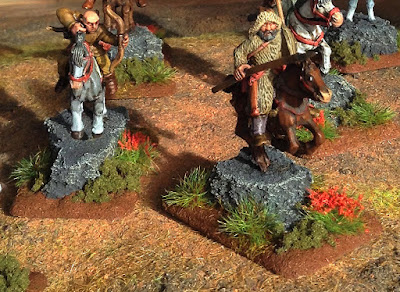 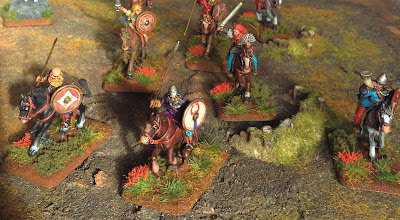 Who were the Huns?

The earliest systematic description of the Huns is that given by the historian Ammianus Marcellinus, writing c. 395. They were apparently primitive pastoralists who knew nothing of agriculture. They had no settled homes and no kings; each group was led by primates, as Ammianus called them. Whether or not they had a single overall leader in the 4th century is still a matter of dispute.

As warriors the Huns inspired almost unparalleled fear throughout Europe. They were amazingly accurate mounted archers, and their complete command of horsemanship, their ferocious charges and unpredictable retreats, and the speed of their strategical movements brought them overwhelming victories.

For half a century after the overthrow of the Visigoths, the Huns extended their power over many of the Germanic peoples of central Europe and fought for the Romans. By 432 the leadership of the various groups of Huns had been centralized under a single king, Rua, or Rugila. When Rua died in 434 he was succeeded by his two nephews, Bleda and Attila. The joint rulers negotiated a peace treaty at Margus (Pozarevac) with the Eastern Roman Empire, by which the Romans agreed to double the subsidies they had been paying the Huns. The Romans apparently did not pay the sums stipulated in the treaty, and in 441 Attila launched a heavy assault on the Roman Danubian frontier, advancing almost to Constantinople.

About 445 Attila murdered his brother Bleda and in 447, for unknown reasons, made his second great attack on the Eastern Roman Empire. He devastated the Balkans and drove south into Greece as far as Thermopylae.

Since Ammianus’ time the Huns had acquired huge sums of gold as a result of their treaties with the Romans as well as by way of plunder and by selling their prisoners back to the Romans. This influx of wealth altered the character of their society. The military leadership became hereditary in Attila’s family, and Attila himself had autocratic powers in peace and war alike. He administered his huge empire by means of “picked men” (logades), whose main function was the government of and the collection of food and tribute from the subject peoples who had been assigned to them by Attila.

In 451 Attila invaded Gaul but was defeated by Roman and Visigothic forces at the Battle of the Catalaunian Plains, or, according to some authorities, of Maurica. This was Attila’s first and only defeat. In 452 the Huns invaded Italy and sacked several cities, but famine and pestilence compelled them to leave. In 453 Attila died; his many sons divided up his empire and at once began quarreling among themselves. They then began a series of costly struggles with their subjects, who had revolted, and were finally routed in 455 by a combination of Gepidae, Ostrogoths, Heruli, and others in a great battle on the unidentified river Nedao in Pannonia. The Eastern Roman government thereupon closed the frontier to the Huns, who ceased to play any significant part in history, gradually disintegrating as a social and political unit.