'Battle at the Farmstead'

Today's battle is fought between a Norse raiding force and the valiant Erainn defenders.

The Norse and Erainn hosts take turns to deploy their forces. 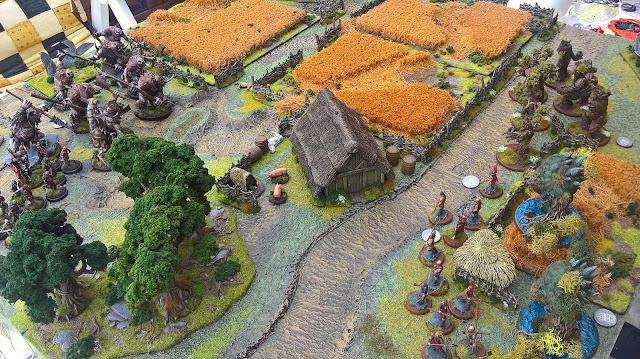 The Erainn right flank consists of a unit of two large Bog beasts and a unit of Tuanagh led by a Taoiseach and a Cristoir. 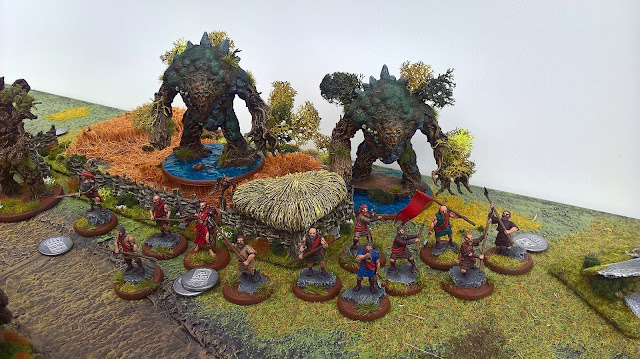 The Erainn left flank: a big unit of Fen beasts led by an Ancient Fen beast. 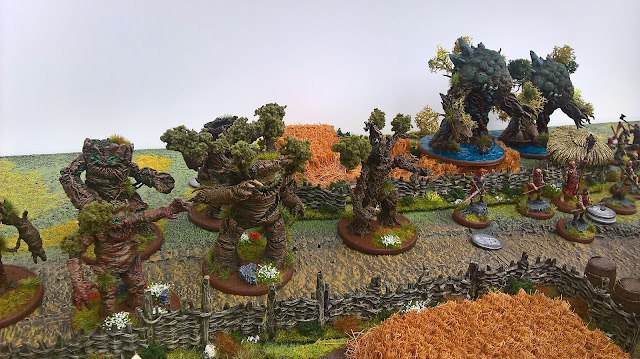 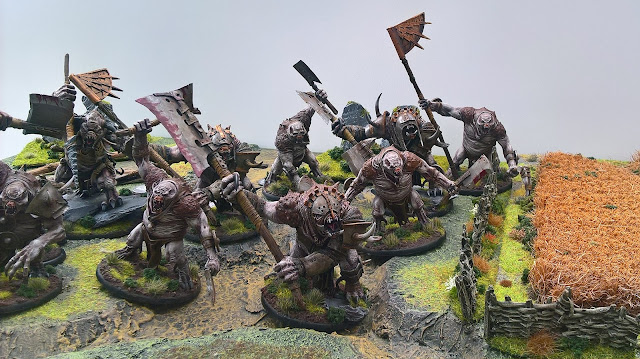 The Norse left flank is guarded by a Visi led Holumann unit and a brutal Fell troll (who later turned out to be not so brutal).
Time to incite! The Erainn general inspires some units and the Norse general  manages to daunt a couple of enemy units. 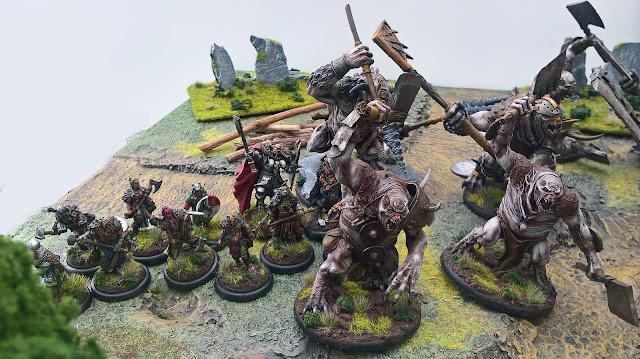 The Norse start the hostilities by advancing towards their target, the Erainn Farmstead. 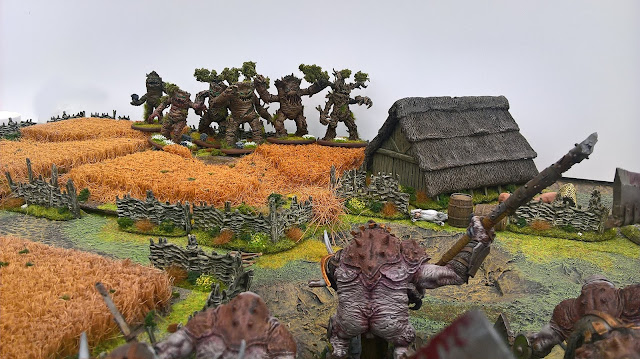 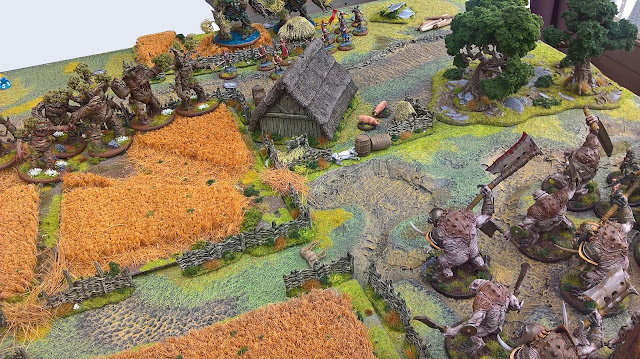 The Erainn Fen beasts activate and start throwing rocks at the incoming Trolls. Two of the big brutes are wounded very badly. Those rocks hurt! 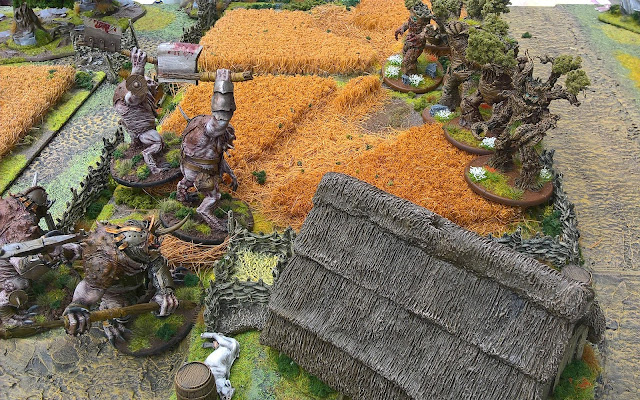 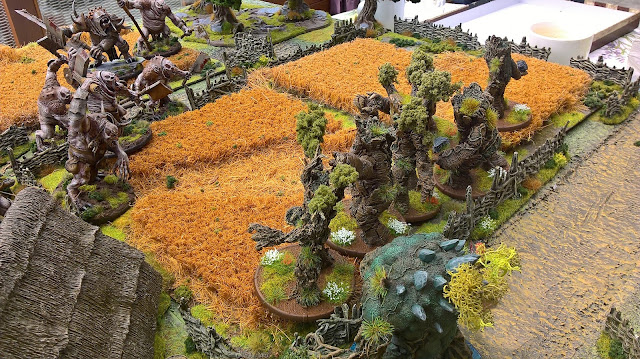 Turn 2: The Norse Holumann and the Erainn Tuanagh ready themselves to duke it out south of the farmstead. The Norse charge is brutal and they kill a lot of Tuanagh. But the Erainn Cristoir inspires the Axe wielding Tuanagh to hate the enemy and they totally obliterate the Norse infantry! 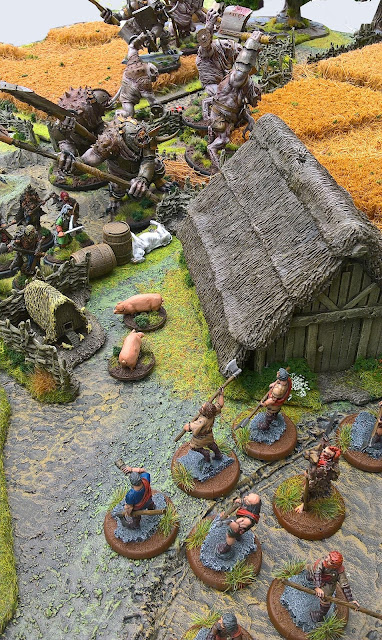 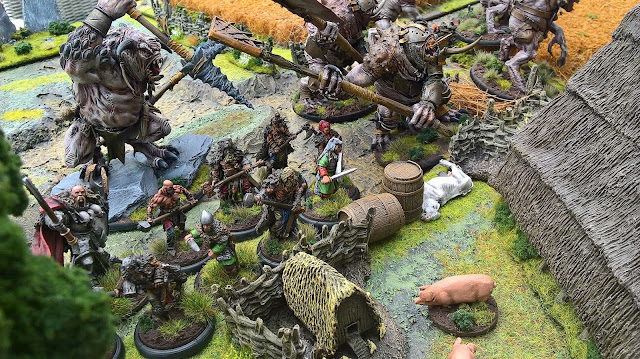 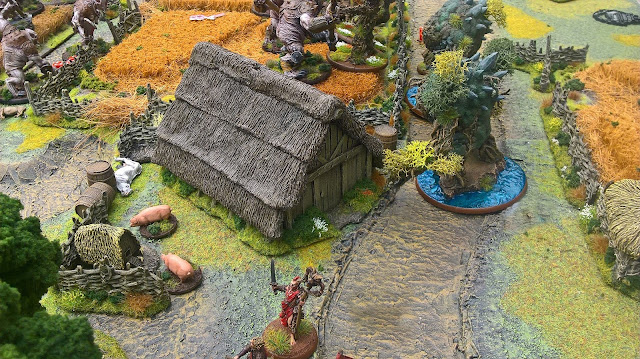 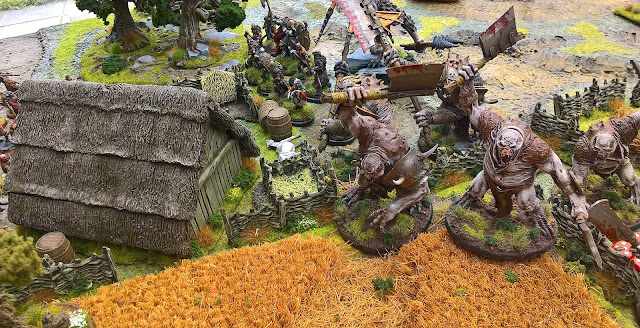 Grom, The Troll Konungr retains the initiative and, together with his fellow Trolls, charges into the Fen beasts. One Fen beast is chopped down by the deadly cleavers. The Fen beasts strike back but only minor damage is caused. They hold firm however, thanks to Ancient Fen beast's high authority. 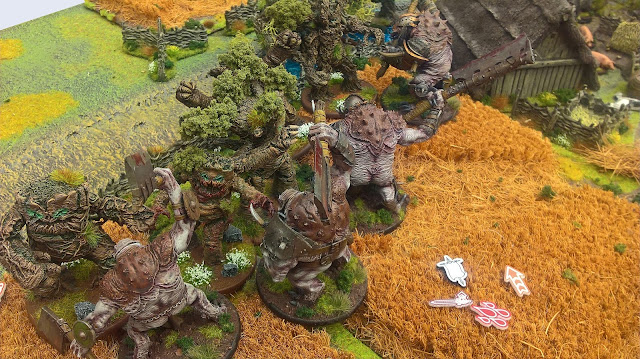 The Bog beasts take up position to counter attack the Trolls in the next turn. The Norse try to keep the pressure high on the Erainn. The Fell troll activates and charges the surviving Tuanagh. The brave Erainn don't stand a chance and are wiped out. The Fell troll then breaks through into the Bog beasts. 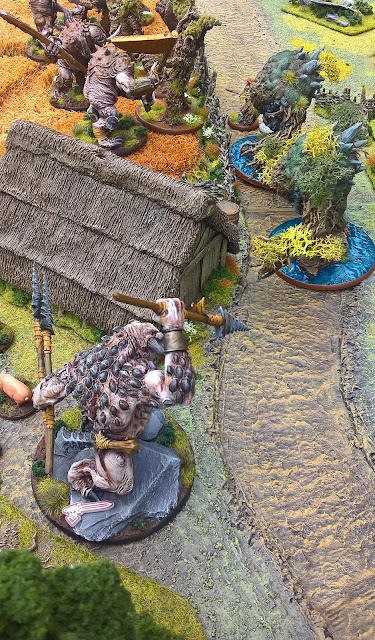 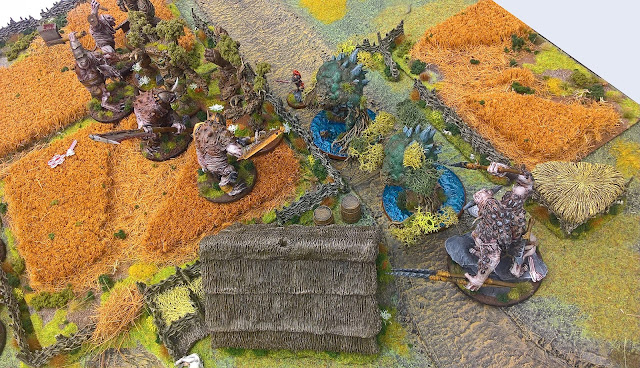 The Norse seem to hold the advantage. The Erainn lines barely hold against the full might of Thur's finest. One unit of trolls is held back in reserve, ready to deliver the killing blow! 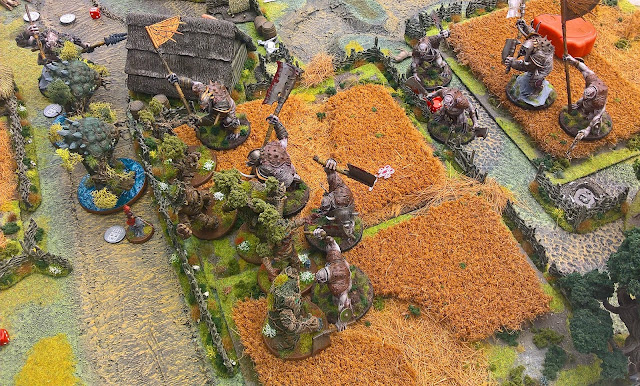 Turn 3: The Bog beasts activate and kick the living crap out of the Fell troll. The Fell troll decides to fall back after such a beating. 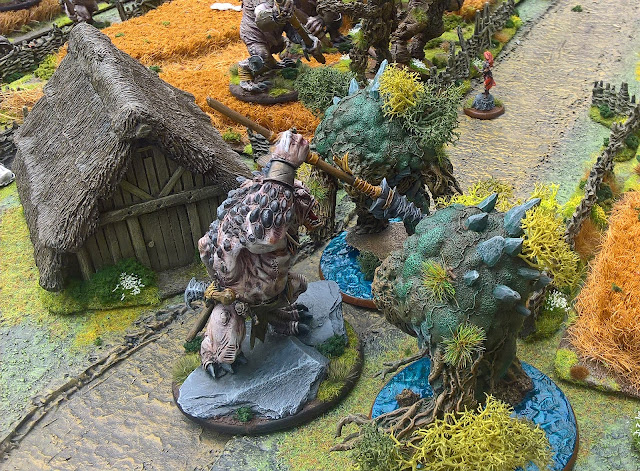 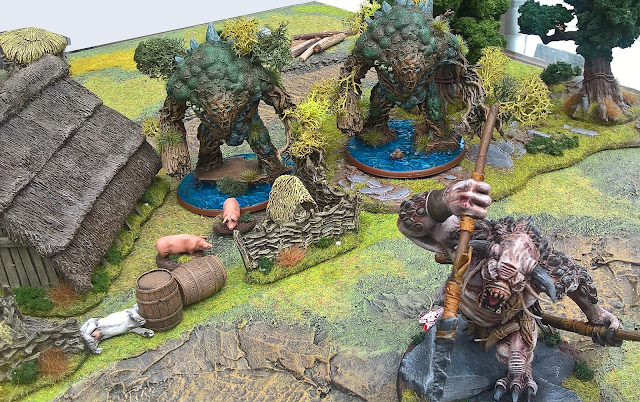 The mighty Bog beasts overrun into the Visi. The brave Norse nobleman manages to avoid being sucked by the beasts the next turn but is then smashed to a pulp. 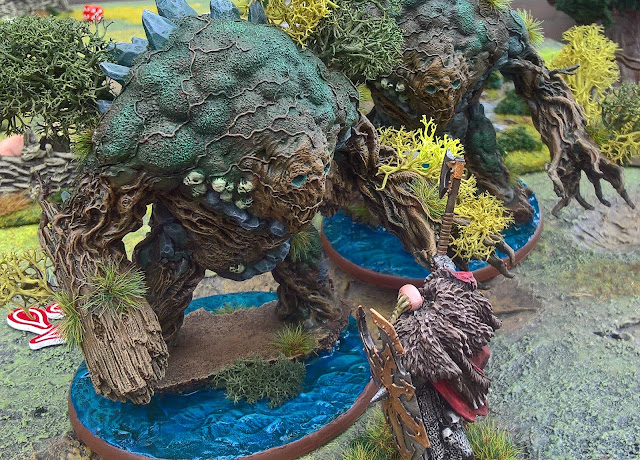 But then the full force of Mother Nature awakens. The Fen beasts retain the initiative and start hacking the Trolls apart. They use their bite attacks to do an astounishing 57 points of extra damage to the trolls. Konungr Grom and his fellow trolls break and are run down by the angry treemen.

The second Troll unit activates and engages the Fen beasts. They must have seen the butchery that occured because they only manage to do a couple of wounds to the Fen beasts. 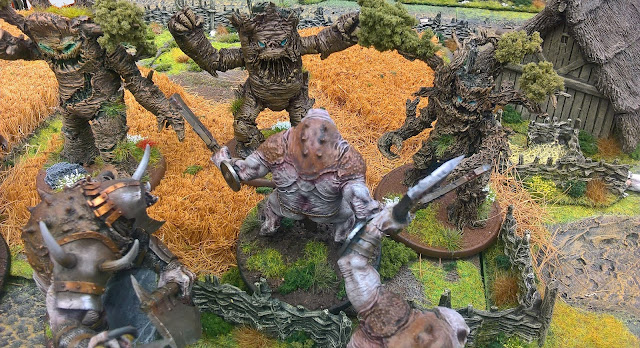 Turn 4 and the Erainn now hold the upper hand. The Bog beasts enter the fray and they start sucking the Troll warriors. Bog beasts are brutal versus monstrous infantry! 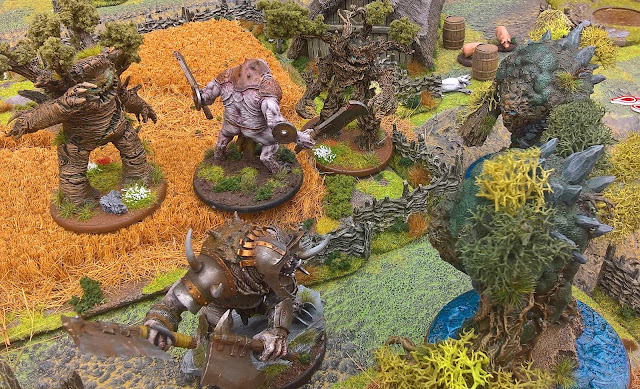 The surviving Fell troll decides to avenge his fallen mates and deals out some damage. But he is swiftly cut down by the remaining Erainn beasts in the next turn.

The farmstead is saved from the Norse raiders. Victory to the Erainn!